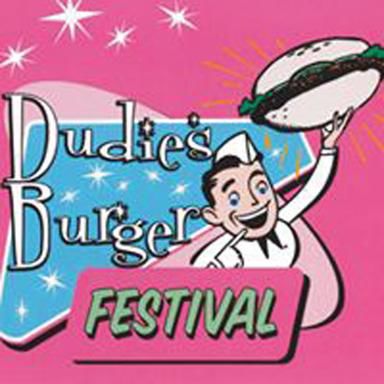 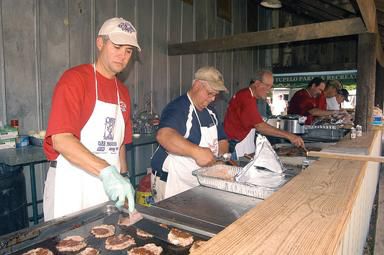 It's Dudie Burger Festival Time! Please make plans to come on out this Saturday for lots of family fun, and of course, be ready to eat a Dudie burger combo or get a bag of Dudies to carry back home.

It's Dudie Burger Festival Time! Please make plans to come on out this Saturday for lots of family fun, and of course, be ready to eat a Dudie burger combo or get a bag of Dudies to carry back home.

Are you ready for some old-fashioned fun? Then plan to attend the 15th annual Dudie Burger Festival, this Saturday, at Ballard Park, where there will be music, contests for the young and old, kids games, face painting, buggy rides, a petting zoo, and more.

“Of course the main feature is those good old Dudie burgers,” said Boyd Yarbrough, president of the Friends of Oren Dunn City Museum. “We’ll be serving them fresh off the grill from 10 a.m. to 4 p.m.”

Dudie’s Diner has been fully restored and will be open during the festival.

“They can eat in the diner but we’re still not able to serve them out of the diner because we just don’t have the room to serve the number of burgers we do,” Yarbrough said.

Some people, in the past, have bought a bag of 20 burgers. It’s unclear if that was for one hungry person, or if they were going to share.

The combo offered this year consists of a Dudie burger, drink, chips and a Moon Pie for $6. People can also buy extra burgers. The museum plans to serve about 1,500. For those not familiar with Dudie burgers, Yarbrough described it this way “It’s a dough burger, but it’s a lot more appetizing then it sounds.

“Dudie Christian (who ran Dudie’s Diner) and Johnnie, at Johnnie’s Drive In, were brothers-in-laws so the recipe for both of their dough burgers was just about the same.”

“It’s a time event. The winner last year ate six burgers in three minutes. That’s pretty quick,” Yarbrough said. “As far as the cookoff we’re still looking for teams. The teams try to re-create the original Dudie burger using what they think is the correct amount of each component. It’s being judged by some of the early car-hops, who worked at Dudie’s.”

The T.K.E. soda fountain will also be open in the Old Fire Station, which is on the museum property. They’ll serve popcorn, Coke floats, assorted candies and more.

Festivities will start at 10 a.m. with a silent auction for baked good and other goodies.

At 10:30 the first round of contests for kids will begin including bubble gum blowing, “Goldfish” eating contest (the snack crackers) and a spatula relay.

“We’ll put a burger on a spatula and they’ll have a team where they have to pass it off to one another,” Yarbrough said. “There will be medals given for these events.”

Former WELO disc jockey Jim Duke will be spinning records from the 1950s and 1960s throughout the day, except for the noon hour when live music will be presented by Forefront.

This year kids can buy a $5 wrist band which will give them unlimited access to a petting zoo, inflatables, and a buggy ride around the park.

Other old fashioned games like snap-the-whip, red rover, carnival games, and face painting will help the kids burn off some of that energy driven by Moon Pies and Coke floats.

“We’re also bringing back the fingerpainting of the Volks Wagon van which the kids always get a kick out of,” Yarbrough said.

This year kids can also create a one of a kind gift for Mom just in time for Mother’s Day.

“For $15 they can paint and decorate an apron for Mom which will be an unusual and unique gift she will always remember,” Yarbrough said.

The festival is a fundraiser for the Oren Dunn Museum, which is on the Ballard Lake property.

Welcome to the discussion.

Keep it Clean. Please avoid obscene, vulgar, lewd, racist or sexually-oriented language.
PLEASE TURN OFF YOUR CAPS LOCK.
Don't Threaten. Threats of harming another person will not be tolerated.
Be Truthful. Don't knowingly lie about anyone or anything.
Be Nice. No racism, sexism or any sort of -ism that is degrading to another person.
Be Proactive. Use the 'Report' link on each comment to let us know of abusive posts.
Share with Us. We'd love to hear eyewitness accounts, the history behind an article.

Sorry, there are no recent results for popular videos.

Sorry, there are no recent results for popular commented articles.